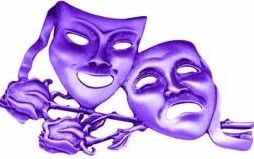 Independent holidays and short breaks available all year round.
Dresden can also be visited with Berlin as part of a two-centre holiday. 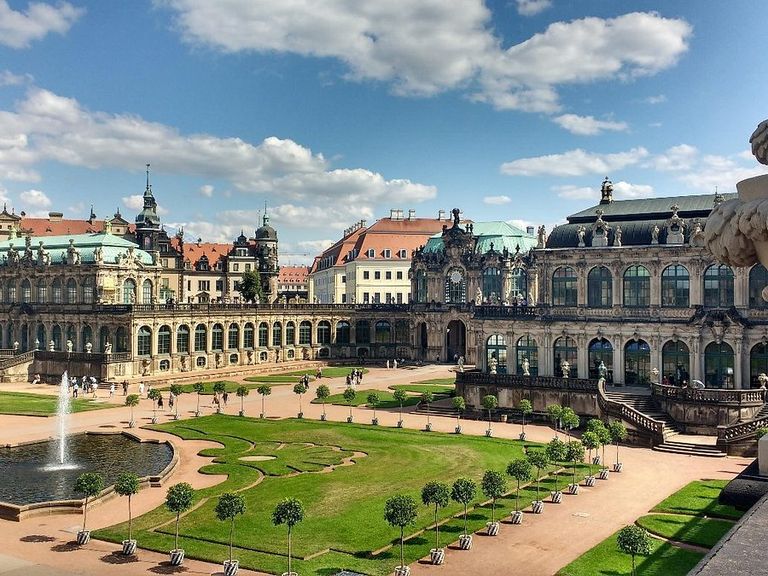 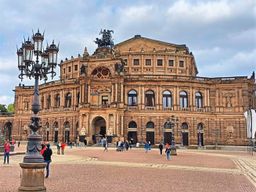 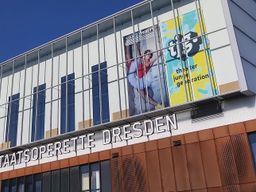 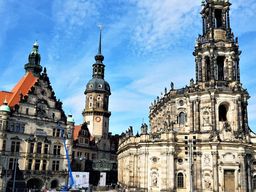 The German city of Dresden is situated on the banks of the River Elbe, near the Czech border.  Dresden has a long history as the capital and royal residence for the Electors and Kings of Saxony, who for centuries furnished the city with cultural and artistic splendour. The city was known as the Jewel Box, because of its Baroque and Rococo city centre.

Following allied bombing raids in the Second World War much of the city centre was destroyed, but painstaking restoration of many of the most important buildings has been ongoing for more than 60 years. These include the magnificent Semper Opera House - one of the most beautiful opera houses in the world, the Zwinger Palace, the Catholic Cathedral and the Dresden Frauenkirche. Following the unification of Germany in 1990, Dresden regained importance as one of the cultural, educational, political and economic centres of Germany. Musically, Dresden is unique in being home of the only dedicated Operetta Theatre in Germany.

Dresden can be visited as a stand alone destination, or If desired a visit to Dresden can be combined with a stay in Berlin, both cities are easily connected by rail.

There are some 20 theatres, concert halls and other cultural venues in Dresden.  At the heart of the city is the famous Semperoper (State Opera), The Dresden Operetta Theatre and the newly refurbished Kulturpalast, Home of the Dresden Philharmonic Orchestra. 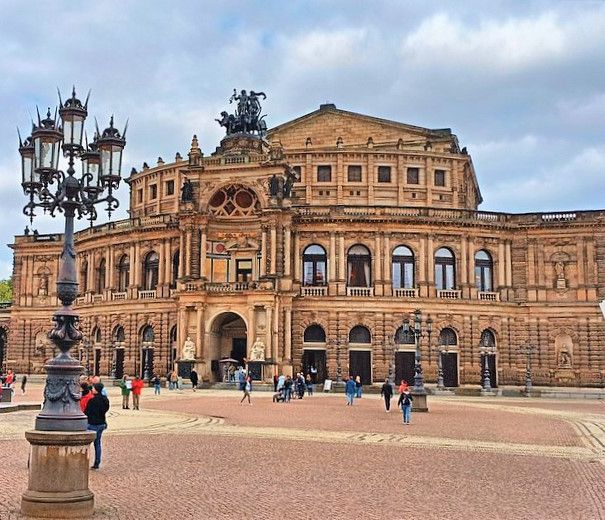 The magnificent Semperoper dominates the Theaterplatz on the River Elbe, forming the centrepiece of the historic old city. The original building opened its doors in 1841, constructed to a design by Gottfried Semper. Following a devastating fire in 1869, the citizens of Dresden immediately set about rebuilding their beloved opera house. This was completed in 1878, also to a design by Semper.

The Semper Opera House has a long history of premieres, including major works by Richard Wagner and Ricard Strauss. In 1945, during the final months of World War II, the Semperoper was once again razed to the ground. After a second reconstruction was successfully completed in 1985, the reopening of one of Europe’s most beautiful opera houses was celebrated with a performance of Carl Maria von Weber’s opera "Der Freischütz", the last work to be performed prior to the bombing raid that destroyed the earlier building. The dazzling interiors were painstakingly reconstructed by local craftsmen and artists according to original plans, whilst the stage machinery and technical fittings in the auditorium are state-of-the-art. Internationally renowned for its brilliant acoustics and incomparable performances, audiences from around the world continue to flock to Dresden to enjoy a unique evening in the Semperoper

The current repertoire can be viewed here. 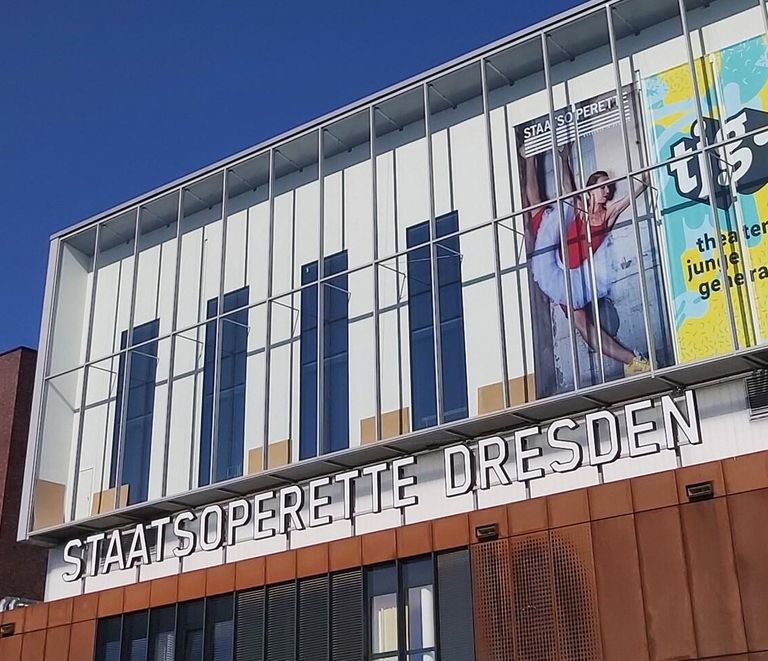 Formerly located in a suburb of Dresden, in 2016 the Operetta Theatre Company moved to a new purpose-built home in the centre of the city, a short walk from the Semper Opera and the Mitte Railway Station.

High quality productions of Operas, Operettas, Musicals, Revues and Concerts are performed in the 700 seat theatre.

The current repertoire can be viewed here. 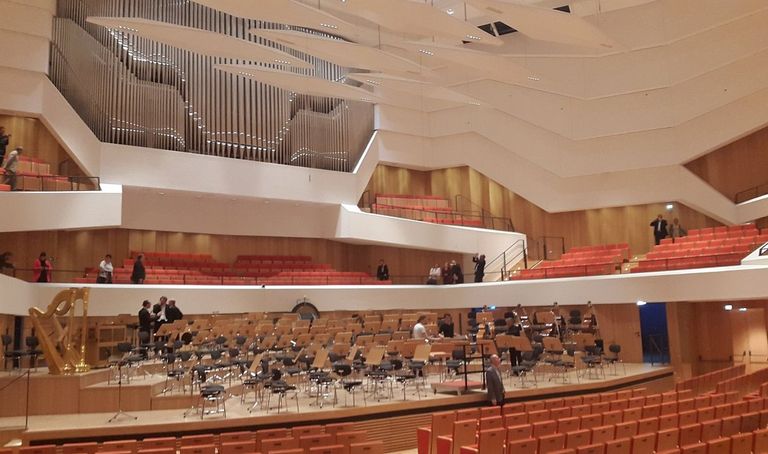 Kulturpalast - Home of the Philharmonie

The newly refurbished Kulturpalast was opened in 2017.  It is the home of the Berlin Philharmonie (Philharmonic Orchestra).  The annual programme includes a range of events and concerts, in addition to those by the Philharmonie.

For for details of the current season please contact us. 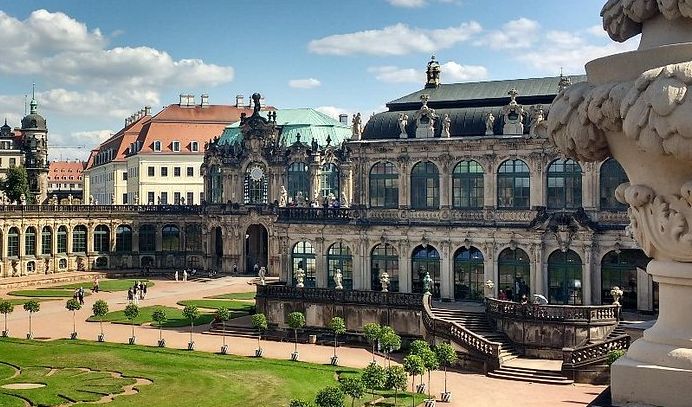 The Zwinger Palace is a magnificent complex with beautifully sculpted pavilions connected by long galleries surrounded by Baroque gardens. Today it is the home to several museums. The Zwinger Palace is one of the most important buildings of the Baroque period in Germany, and it is the most famous architectural monument in Dresden.  It is situated adjacent to the Semper Opera on the banks of the River Elbe.  The Palace houses important collections of art, porcelain and scientific instruments.  Although severely damaged in 1945 the Palace has been painstakingly restored to its former glory.  The Dresden Residenz Orchestra was founded in 2013 and gives regular concerts of well loved classical music.

For full details of the current programme please contact us.

Other Attractions in Dresden

We can only mention some of the highlights and "must see" places to visit here, but please contact us with your own particular interests for more information. 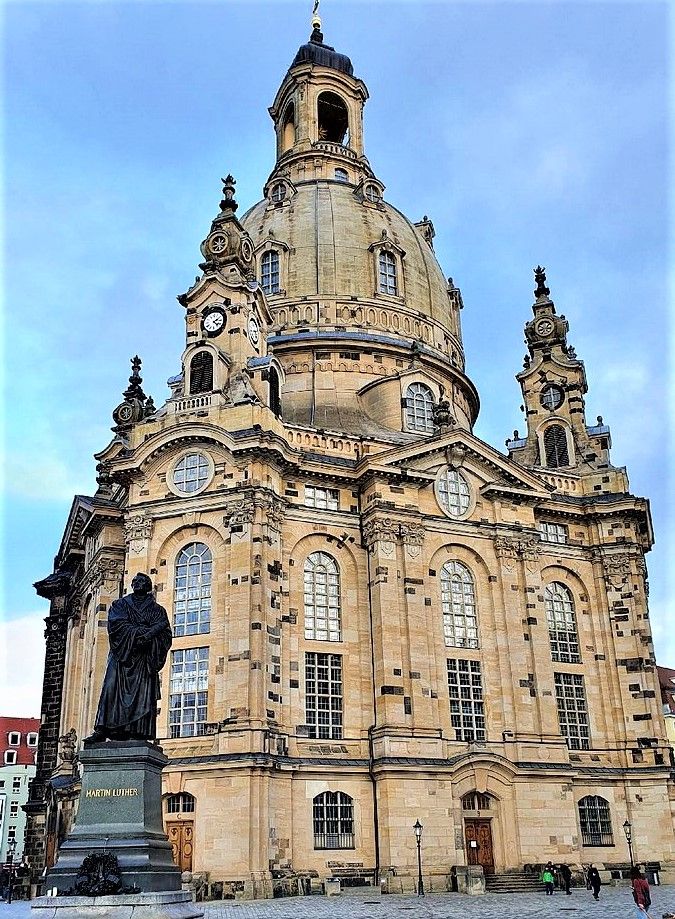 Once one of Dresden's most famous churches, this structure has undergone massive reconstruction to repair the damage done by Allied bombings.  The church has one of the largest domes in Europe. 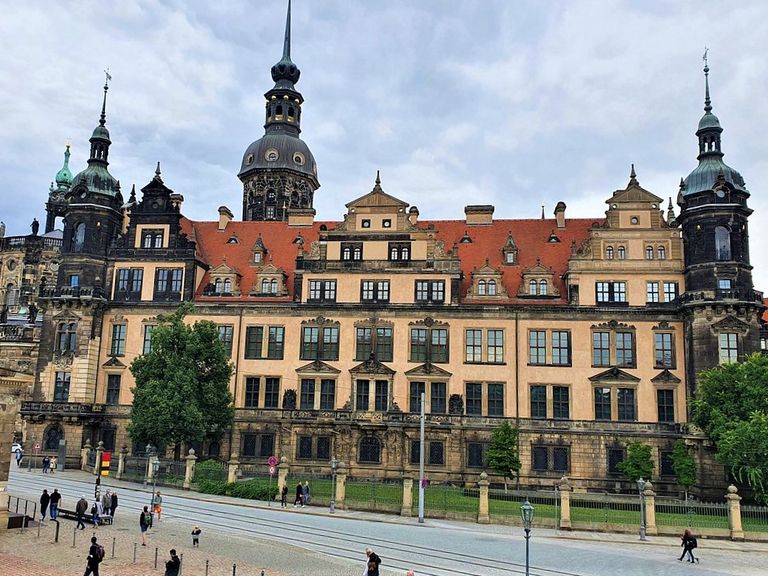 The Royal Palace of Dresden

The Royal Palace of Dresden is a large complex in the centre of the city which includes the Green Vaults housing some of the greatest treasures in Europe. 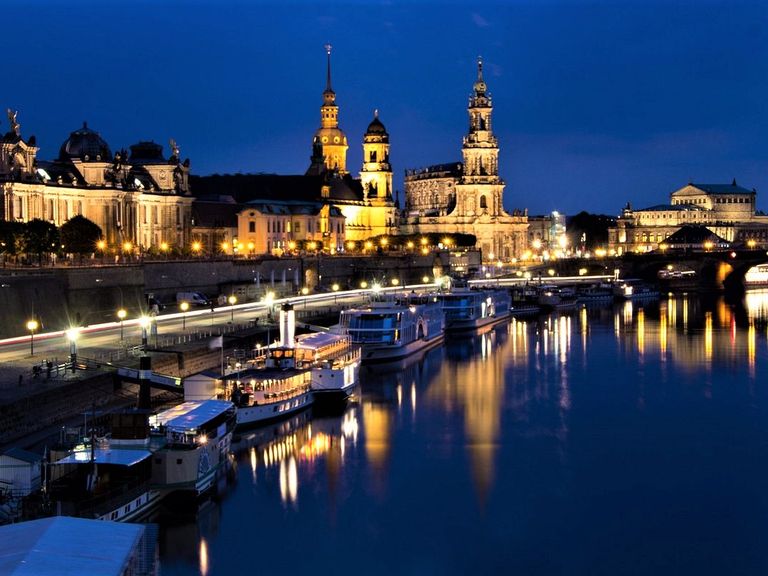 A magnificent promenade with panoramic views of the River Elbe which is decorated with statues and fountains. Once the private garden of the Count of Bruehl, this large open plaza offers the city's best view of the River Elbe. Under the terrace are trenches, battlements and other remnants of the city's original fortifications. 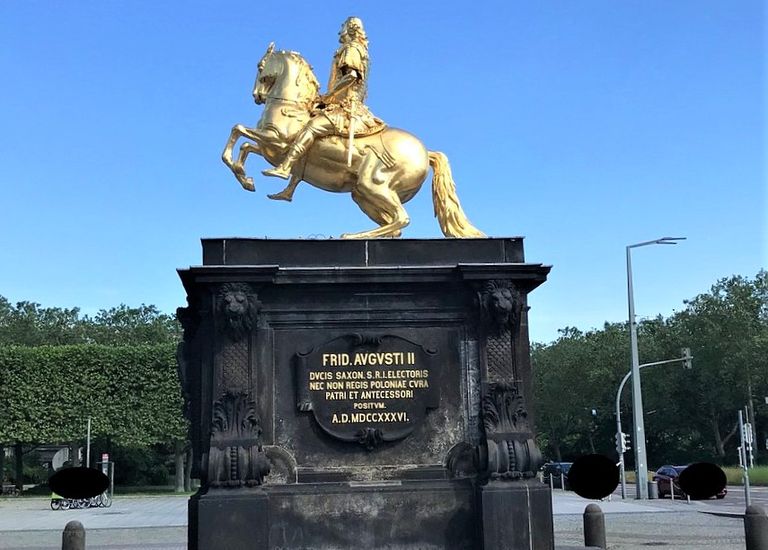 The Statue of Augustus the Strong (Elector of Saxony and King of Poland) is located at the New Town Market.  It is covered with gold leaf and shows August the Strong in Roman armour.  He and his son, Frederick Augustus II, established the baroque buildings and unique art collections, which earned Dresden the title "Florence on the Elbe". 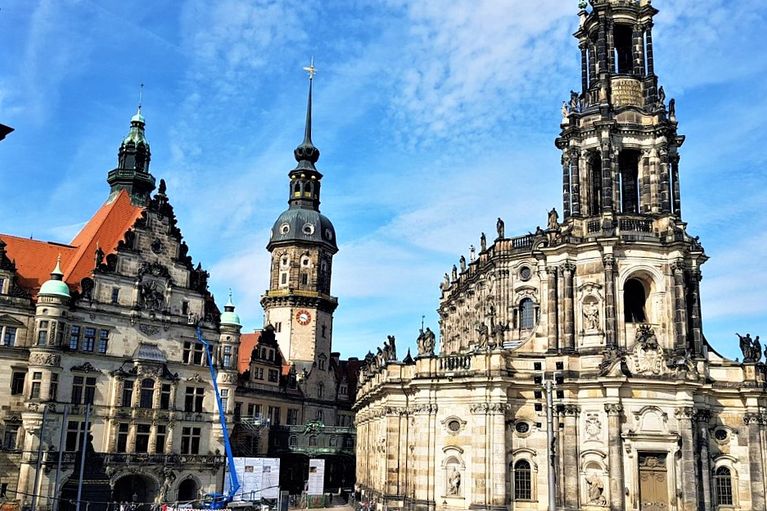 Also known as the Cathedral of St. Trinitatis, this is the Catholic Court Church. It houses a famous stone pulpit, 250-year-old organ and the tombs of Saxon rulers. 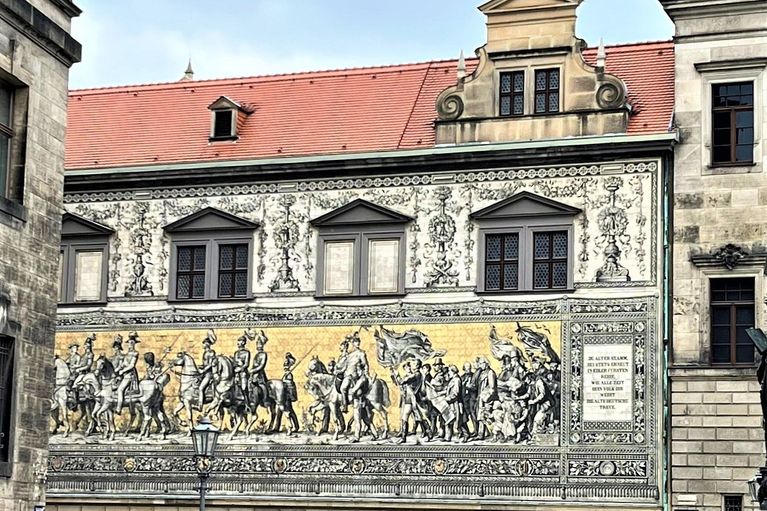 This 394-foot mural along the wall in the Royal Mews courtyard depicts a parade of Saxony rulers, some walking, others on horseback. Scratched into stucco by the artist in 1876, the mural was later recast onto porcelain tiles and, incredibly, survived the 1945 bombing of Dresden that destroyed most of the surrounding buildings. 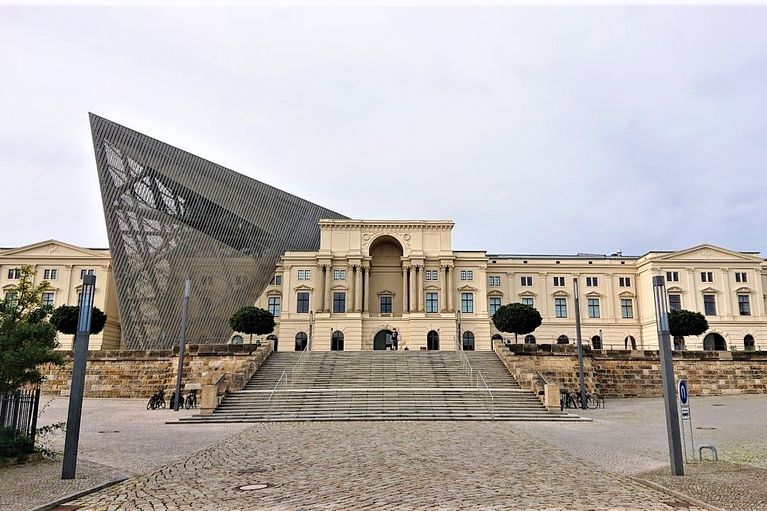 The Military History Museum in Dresden consists of two parts: an arsenal that was built in 1877 and a new extension completed in 2011.  The huge exhibition includes a magnificent collection of ceremonial armoury created by master craftsmen and decorated with silver, gold and gems. 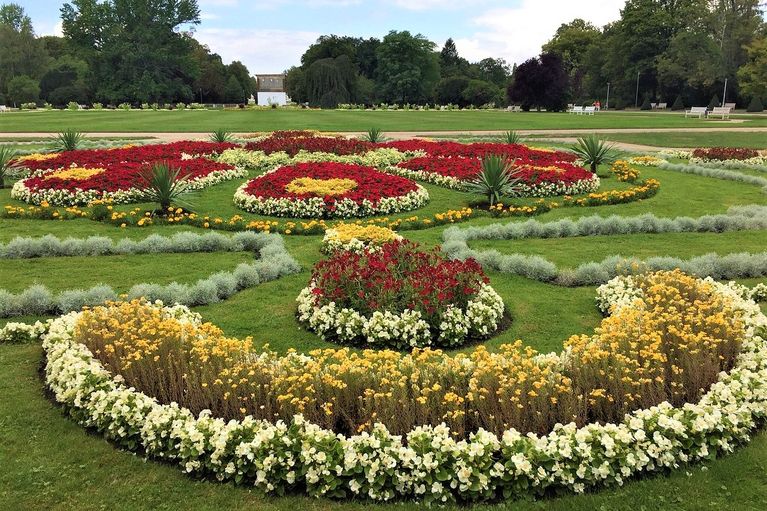 The Grosser Garten is a large park close to the city centre originally created in 1676 as a royal hunting ground and opened to the public in 1814. It is one of Europe's most important gardens.  Don't miss the superb narrow guage railway that runs through the gardens. 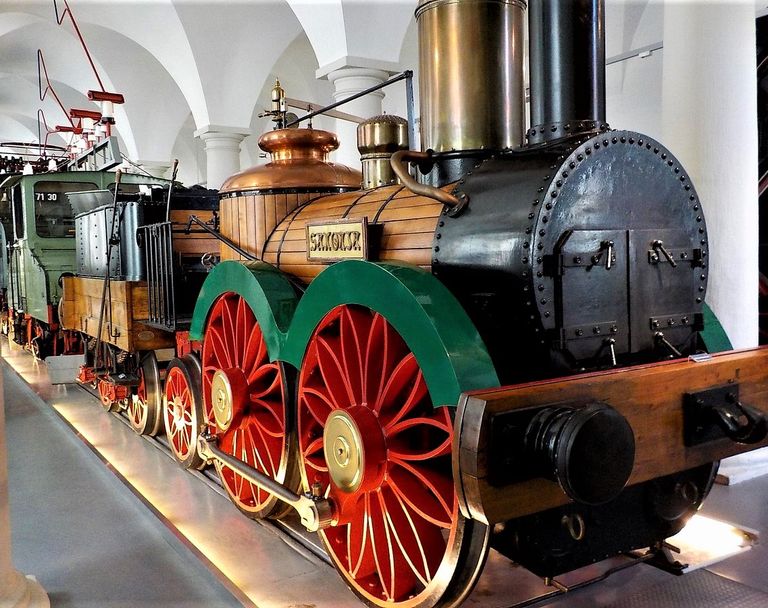 Where to Stay in Dresden

As with any large city, there is a very large selection of places to stay in Dresden, from 5 Star luxury to simple budget accommodation, fully serviced hotels or self-catering apartments.  Depending on your own tastes, requirements and budget we can book any style and type of accommodation for you.

Our Holiday Package - What is included?

Our holidays and short-breaks in Dresden can be taken at any time of year and are individually tailored to your own preferences and requirements.

Holiday Prices
As all of our holidays are tailor-made to your own requirements your holiday price will be calculated according to your chosen options.  We will put together proposals and quotations for you based on your own preferences.  All proposals can be amended as often as you wish (and prices adjusted accordingly) until you are fully satisfied with the proposed arrangements.

All quotations are offered entirely without any obligation on your part.

Flights and European Rail Travel
In order to give you maximum flexibility, we do not include flights in our holiday packages.  Flights may be booked separately with our Flights Agent, or you can book or arrange your own flights if you prefer.

If you prefer not to fly, we can book European rail travel for you.

All quotations are offered entirely without any obligation on your part.

What happens if I am forced to cancel my holiday due to Covid restrictions or other circumstances out of my control?

We want you to be able to book with confidence.  Whilst we very much hope that everything will go ahead as planned, we are in fairly uncertain times, so it is worth considering the following:

With this in mind, we would advise ensuring that your travel insurance is adequate to claim for any unrecoverable losses that may be incurred in the event that you are forced to cancel all or part of your trip, especially with regard to enforced Covid restrictions by governments, transport operators or suppliers that are out of our control.  In the event of unavoidable cancellation we would do all we can to provide documentation to your insurers to support any claim.